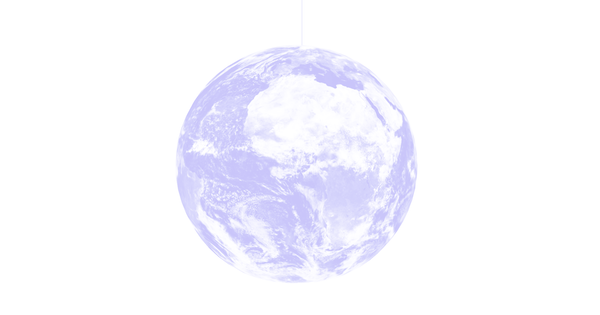 How BONG International Gets Paid to Make Fun Websites

Hey Ben and Simon, can you tell us a bit about yourselves?

Ben: Well, I studied design in London but now I’m heating a frozen pizza in Amsterdam.

Simon: I’m in Ireland with no pizza… but I met Ben in London when I did an exchange program to Kingston University.

Why did you decide to work with one another?

Simon: The path of least resistance. We didn’t really think about it I guess, we were talking via the internet and I had some work on and then we did that work together.

Ben: Efficiency and margins have been through the roof. There was never a big decision or formal start to working together, it was one project at a time to begin with, and it kept working. We got lucky insofar as neither of us had any other big commitments at the time, and both needed things to do.

Can you each explain what your roles are at BONG? So you’re both designer/developers? or just designers?

Ben: We’ve never done that in a traditional sense; one of us will be informally ‘in charge’ of a project but that’s about as far as we go. I think we’re designers with a specialism. We’d like it if design and development were thought about less separately in the future.

Simon: In a more traditional sense, imagine the possibilities if the standard graphic designer also built the book. If we manage the production of the end product, we can make decisions that ‘just’ designers maybe can’t.

That’s a good point. So your design skills inform your development skills and vice versa?

Ben: Probably development informs design more than the other way round, it’s nice sometimes to have an idea in code and then pack that up into a design concept.

What programming languages do you use?

Ben: Javascript is the big one of course. A sprinkle of PHP sometimes. And more recently we’ve been writing shaders, GLSL, which is a whole different sack of cats. Fun though! Weird.

Simon: We use an online ide to code simultaneously in the same document, writing stupid notes to each other about Chancellor Palpatine

Can you tell us a bit more about Bong?

Simon: I definitely didn’t leave college thinking I wanted to set up a company, let alone one called BONG.

Ben: Independence was always a strong goal for me, but I didn’t expect to be working on the web

We’d like it if design and development were thought about less separately in the future.

Did you set it up after a fair amount of time working in the industry?

Ben: I quit my job with freelance branding and posters sort of intentions, and it hadn’t really occurred to me that I could make money and have fun writing websites instead.

Simon: Yeah, not to harp on about it but it definitely was the path of least resistance, to get to where we’re at now has happened almost by accident. There was no business plan or anything like that.

Ben: I’d had a couple of design internships followed a slimy artworking job at a fishing shop to get myself out of debt. We found that if you know how to make websites, and you have some designer friends working at agencies, it’s easy enough to get development work that way. So we started making money building other people’s designs, and meanwhile got interested in the medium and found that there were tons of interesting things you can do, which those designers weren’t doing.

Simon: I think we both started to really enjoy work that challenges the accepted version of what websites can be and were lucky enough that a few of our friends then wanted us to make them sites that aligned with that.

Ben: And then that was the work that we pushed out as our portfolio, and gradually it’s become what paying clients actually want us to do.

Do you have a particular project that you are especially proud of? Or is there one that really pushed you technically?

Ben: Our biggest technical sweat has definitely been our most recent project Collecting Europe, for the V&A, which was a collaboration between us and The Beautiful Meme.

I’ve been thinking just recently that as we get better at the technical stuff it can be quite hard to restrain ourselves from using it and this can make the work look too flashy; one of the sites I’m still most proud of is Hand Gallery which is ages old and technically garbage, but I think it stands up really well as a simple idea. I’d like to see our work move a little more back in this direction and use the fancy stuff a bit more sparingly.

Simon: I’m pretty happy with the work we’ve done so far with Bloomberg.

Stepping into work that’s almost like interactive editorial illustration has been super interesting. They’re also good people to shout silly ideas at. They get it.

Do you still work on any of your own self initiated projects?

Simon: We’ve never actually done any self initiated work. We’ve definitely done work for no money, but we’ve always had a client. We’ve been talking a lot recently about making a game but that’s Top Secret.

We’ll do a bunch of technical learning but we always end up applying that to client work in the end.

Finally, what are your tips for anyone getting into coding?

Simon: Do it lots. Over and over. Every day

Ben: I know quite a few people who’ve done the code school stuff but didn’t make the leap into applying the skills they learned. So get a real project, ideally with a long deadline, and then you have to make it work.

Simon: Yeah that’s true. We’re both self taught and it’s only because we were afraid of letting people down that we’ve got this far.